Love these guys. They are really putting the craft back into their spirits!

Barrel making has been around for 2,000 years. But chances are, you’ve never met a cooper.

So let’s take care of now. We’d like to introduce you to Nate, the cooper at Rolling Thunder Barrel Works in Newport, Oregon.

Nate is one of the few true remaining practitioners of the barrel making arts. These days, most oak barrels in the United States are made in factories. Coopers like Nate, who can make a whole barrel from start to finish? They number in the dozens.

In the next few weeks, we’re going to show you how Nate makes barrels. We’ll do this a few steps at a time because barrel making isn’t simple. 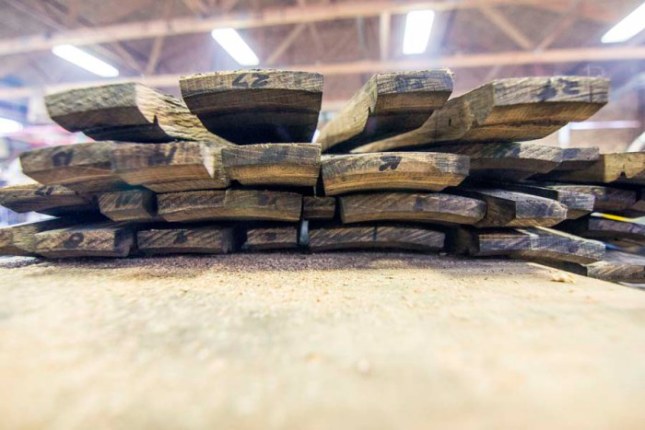 Staves are numbered so that if a cooper has to take a barrel apart, he knows how to put it back together.

Staves are funny shaped pieces of wood. Curved on…

Posted by samuelstyve on October 12, 2015 in Uncategorized